Recently we updated our recommended Android digital signage hardware page with the hottest TV boxes in the world: the MXQ and the MXQ Pro. 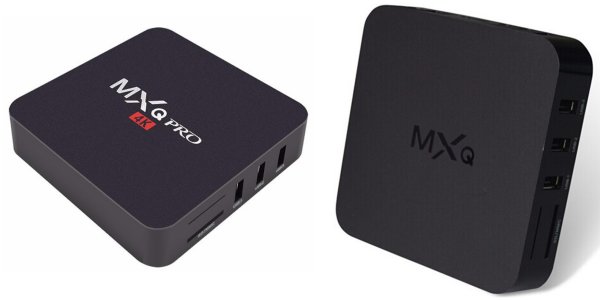 What’s so special about the MXQ? You guess right. The price! You can obtain them for 30 – 50 USD each. Retail price. No wonder they are “breaking” the market.

After specializing with the Minix TV boxes, we decided to explore the new MXQ and MXQ Pro.
The basic MXQ and the MXQ Pro (1GB) are easy to be purchased, but the MXQ Pro with the 2GB RAM is more hard to find (and has better performance than the 1GB RAM).

Please notice that the market is full of fake MXQ devices. It’s not so easy to tell what is genuine and what is phony.

Here is the unboxing video of those devices:


They all have good performance and here are some other insights we got:

We will keep exploring the MXQ as we do with other Android, Windows and Chrome OS devices and will update more conclusions from time to time.