What is Google Cryptohome (“settings forgetting”) bug of Chromebox and Chromebit and how to overcome it? 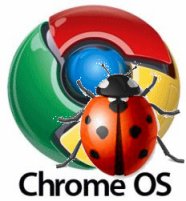 In this post I’m going to tell you about Google’s Cryptohome bug.
The Cryptohome bug as it is called in the web is a bug that can be found either in Google’s Chromebox and Chromebit.

The bug has 2 variations that you can encounter after enrolling your Chrombox to be provisioned using Google Device Management Console (I’m talking about a case where your Chromebox is in Kiosk mode): in one variation, after enrolling it to be provisioned, the Chromebox installed the Kiosk app (we tested it on a Chromebox digital signage app) and then started playing the app. After awhile (can be minutes or hours or maybe more), when we plugged the power off (not using the on/off button, but just plugging off) and then reconnected it, the Chromebox or Chromebit booted to the screen where you need to choose the network and language, like if we never enrolled it to be provisioned; the other variation is similar, however, in that case, the Chromebit boots to the Kiosk app, but all the settings which you manually put there in the app before have disappeared. It looks like in this case, the Chromebit “remembers” it is still provisioned, but everything on the device itself was erased (and the app has just been re-installed itself).

This can be problematic and make one an embarrassment. However, searching the web for the possible cure for this bug (till Google will solve it by a new version of Chrome OS), brought us into 2 different solutions that might work here. We tried them both and so far the symptom hasn’t happened, but we cannot guarantee 100% success.

One way to overcome this “amnesia” symptom is this: after enrolling the Chromebit, let the Kiosk app on it run for few minutes. Then shut down the device using the on/off button. Then count 10 seconds and turn it on again using the on/off button. That’s it. Probably the “organized” shut down saves something to the device itself, similar to the behavior of Microsoft Windows. This solution is good for the case when your Chromebit or Chromebox is not non-managed by the Google Device Management, but not only.

Second way to overcome this “forgetting” syndrome is this: limit the the Chrome OS version of the device to 47.* (like if the Cryptohome bug is a result of higher Chrome OS versions) BEFORE enrolling the Chromebit to be provisioned. This you should do in the Device Management Console, by setting the setting called “Restrict Google Chrome version to” to at most of “47.*” in the settings of the Chrome devices (Go to “Device Management” -> “Chrome Devices” -> “Chrome Device Settings” -> “Restrict Google Chrome version to at most” should be set to 47.*). If you haven’t changed the default settings of the “Device Update Settings” block there, this should do the trick. This way is good for provisioned Chromebit.

Third way can be a combination of the 2 above mentioned ways. It’s possible only when the Chromebox/Chromebit was enrolled to the Device Management.

So, why is it called “Cryptohome”? Maybe because it’s like a crypta tunnel that takes you back to the same place where you started at.
Good luck Chrome OS users!