We have just upgraded the online Studio and the player apps. We have added an alignment feature for the creatives, few abilities for the player apps and made some bug fixes and launched a Beta version of our Social Audit Control app.

Inside the Creative Composer, in the creative properties in the right pane, you can now see a new button, between the “Aspect Ratio” button and the “Stretch to display” checkbox. This button also appears in any simple image/video creative as well.
Once you click it, in the popup window you can choose where to align the widget in the screen (you have 9 places, as it is a 3 x 3 grid). This ability is useful especially in cases of video walls, where you have to align the creative to a certain location inside the screen. We do not provide a video wall feature, but using a 3rd party video wall switch together with this ability can provide nice results.

How to launch the 3rd party app from within the NoviSign native Android app?
In order to launch a 3rd party app from within the NoviSign Android app, we have added a new setting called “Launch on Touch” (under the “Play Mode” block). If you turn it on, you’ll be able to fill another new setting called “Application To Launch” in which you need to type the Android package name of that 3rd party app. Now, every time you touch the screen when the playlist is running, it will take NoviSign app to the background and will launch that 3rd party app.
We have added another setting called “Disable interaction in WebPage widget” (also, in the “Play Mode” block). The default is off, but if you turn it on, it will prevent clicking the the webpage widget on the screen (and by this way will not interfere with the touch ability for launching the 3rd party app). 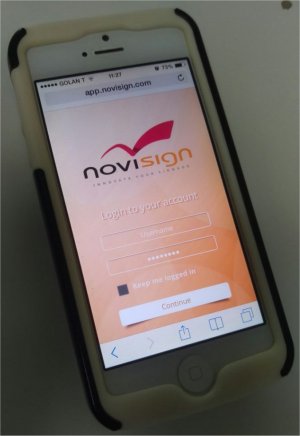 Please notice that the main display should always be the left-most display.

We have launched a beta version of a social control app, which can be used in any smartphone’s browser. The app is in preliminary version and will soon be in white label mode as well.
Currently, it can audit only creatives with the Twitter widget.
The app URL is http://app.novisign.com/content-management/frontend-content-management
We will be happy to get some initial feedback before we go on with this app.

In order to include a creative in audit mode, you need to change its “Social Auditing Properties” setting from “none” to either “Blacklist” or “Whitelist” (blacklist means it will show all the feeds except what you specifically disapproved in the app; whitelist means it will not show any feed except what you specifically approved in the app). In the app you can choose a creative which has a Twitter within and approve or disapprove the feeds. 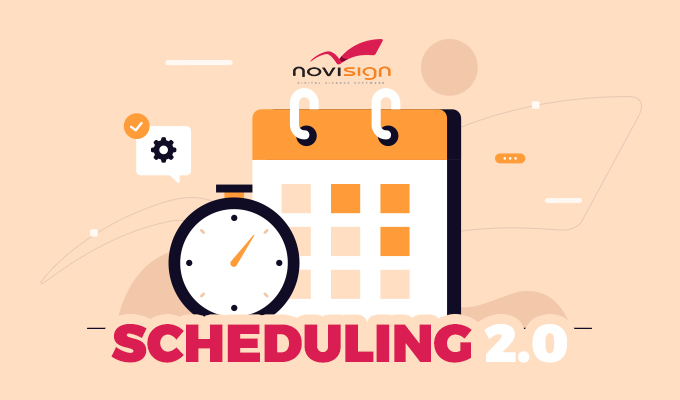