Recently, we released several new features which will be listed in these release notes:

More about the features

SFTP was added as another option of the good old FTP widget. The FTP widget allows you to use media items (images and videos) which are located behind FTP server rather than uploading them to your account from another repository. So, when you player apps are using media taken from FTP or SFTP server, it doesn’t go through your NoviSign Studio account and instead, the media is being downloaded directly from the S/FTP server to the player app cache folder and being played from there.
This works only on Android (support for this feature was added in the new player app v5.0.60).
How to use it? When using the FTP widget in the Creative Composer in your Studio account, just choose “SFTP” in the “Protocol” dropdown list. 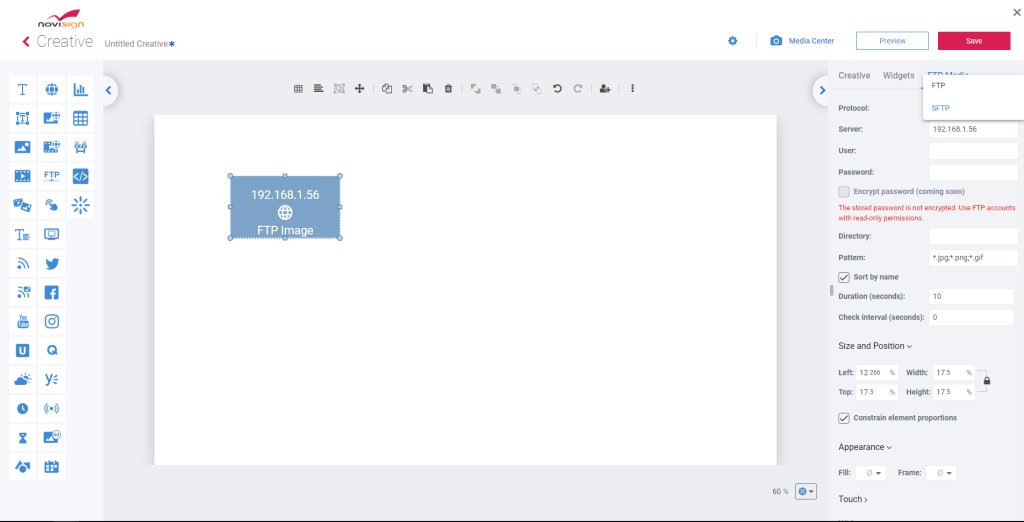 The main reason for using this feature may be using the creative as a template (to appear in the list of templates of yours when you press the “Create from Template” button in your Creatives tab).
Now, when adding a widget, in the properties pane in the right side of the Creative Composer, you will see 3 little tabs: Creative, Widgets and Label. Creative mini tab is the general tab that holds all the properties related to the creative (before you used to click anywhere on the canvas outside of the creative boundaries in order to access this properties page). Another tab is the tab that lists all the properties of the widget as was before. The one you need for this is the mini-tab called “Widgets” where you see a list of widgets. If you click on the lock little icon which is in the same line along with the widget which you’d like to lock – it will lock the widget and will allow you several permissions – which you can lock the widget for any of those permissions (each one has a little icon lock near it), such as “Move/Resize”, “Change appearance” and “Change text”. Do not forget to save the creative. 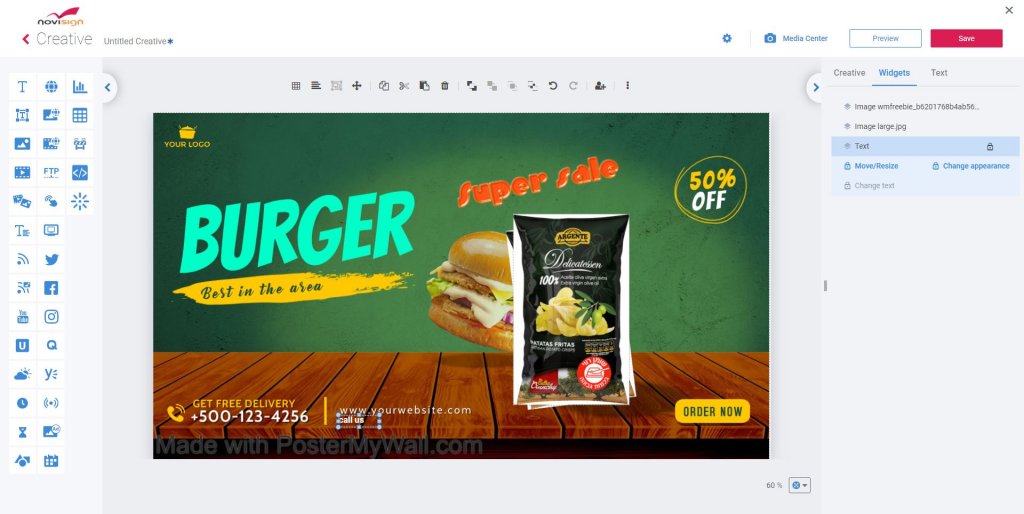 This features allows partners (NoviSign resellers) to set different plans for their clients in a way that each plans is actually a composition of different available widgets. That a partner can have different pricing programs – each has different available widgets.
How to use it? In your Admin console, click the “Utilities” option in the left menu and then choose “Plans”. Press the “New plan” in order to create a new plan. Give it a name, un-select the widgets which you’d like to exclude. Then choose accounts to add to this plan. If this plan should be the default plan for any new user account, then you need to toggle on the “Automatically add new accounts” (which is available only after you created the plan (in edit mode). 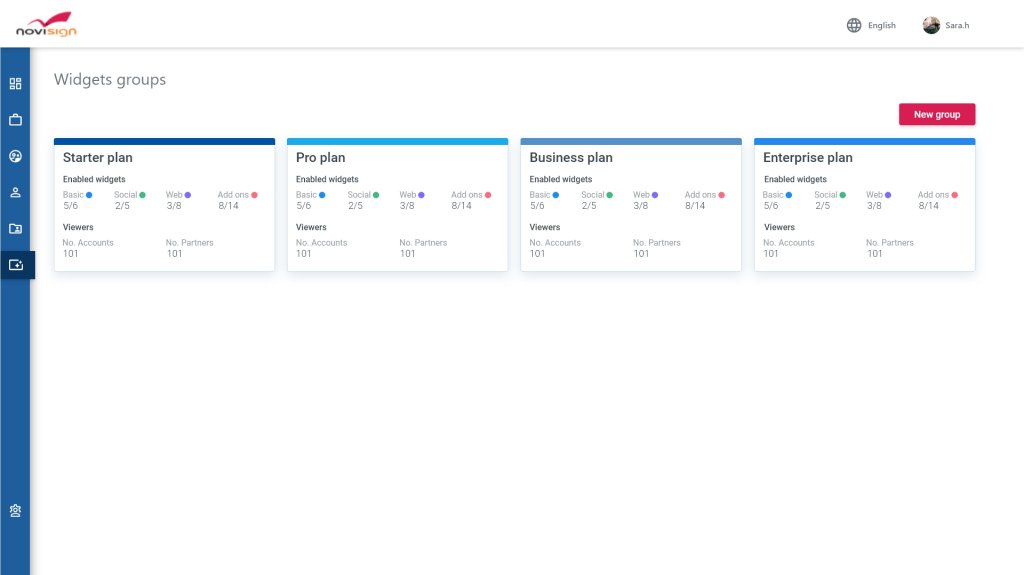 Here is a nice use case for integrating with Slack app:


The Slack is an internal communication messenger for groups.
If you have a team that uses Slack, you might consider this kind of integration (can be done with SSO).
By using a new standalone configuration app which we developed for this purpose, anyone in the team can customize his Slack gong (video, image and text to be displayed on a big screen once he or she hits the gong command in their Slack app). Each member who uses Slack can send gong notification from his Slack app, that goes through a certain Slack channel. Any Android based player app which was defined to listen to that particular Slack channel will get the notification pushed to it. This allows to trigger content and credits (i.e. for a salesman who just made a sale) on the big screen which is connected to that player. Support for this feature was added only in the Android player app (version 5.0.60). We have a set of instruction which will be provided to you once we go for this integrations. 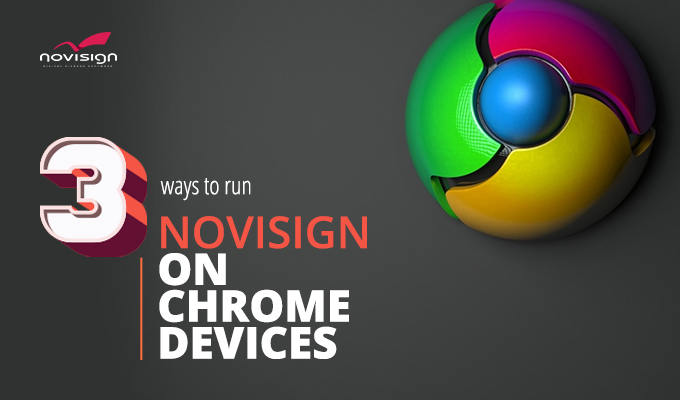