What is the BrightSign Network? 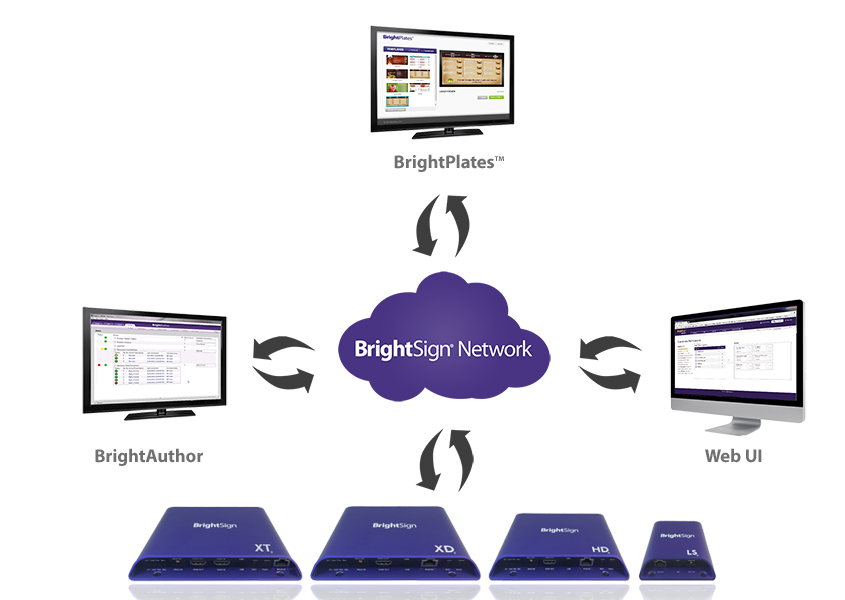 BrightAuthor is BrightSign’s version of digital signage software. The interface allows users to design very basic digital signage content. It includes a limited set of media design functions that are setup in a similar format to drag-and-drop widgets for creating and uploading content.

If you need to monitor your digital signage players you can track the status of the displays while performing entry-level admin functions.

BrightSigns BrightPlates is a paid online website that allows users to choose from and edit digital signage templates. A subscription to the BrightSign Network is required in order to use BrightPlates. The templates allow for editing of text, images and videos. You can not freely rearrange the layout. Categories of templates include menus, education, retail and corporate.