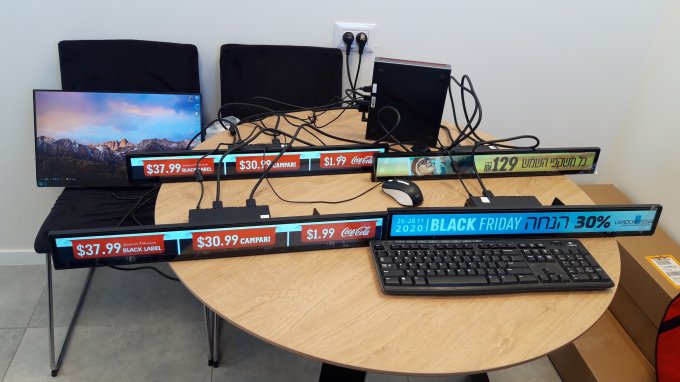 This blog post will show you how we installed special professional shelf screens (in 2 sizes combined together) by InStore (part of Lenovo). The brand of those professional displays is called “InStore Screen”.

Some background information about those Lenovo InStore screens: these screens have no operating system inside. They are professional displays, which means you can daisy-chain them to one another (each one has DisplayPort-in and DisplayPort-out), to combine a video wall (similar to other professional displays when combining a videowall). Only the first display gets its input directly from a media player (into its DP-in port). 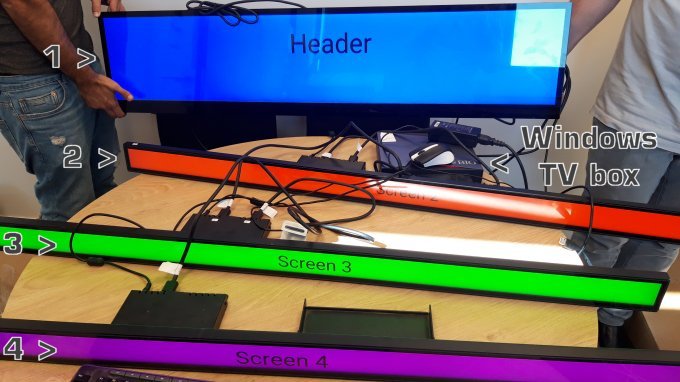 In this case of InStore, the media player is a strong Windows based TV box. We had it with Windows 10 operating system. It also has a configurator program installed on the PC, in order to configure the layout of the connected screens. Configuring the screens and their layout requires a user manual for that. Here is the InStore user guide for the Configurator program. So if the vendor did not provide it configurated, you will have to perform this step by yourself, using the user guide (9 pages PDF) and a special cable. 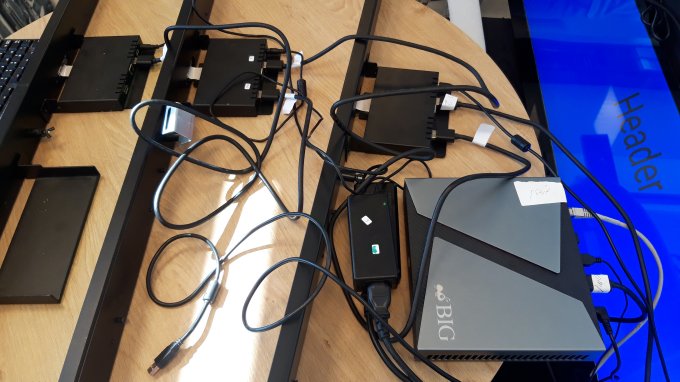 You might find it easier (as we did) to perform this step by connecting a regular TV directly to the Windows TV box with HDMI-to-HDMI cable and set an extended display state (for all the daisy-chained units).
Now, we had to install the Windows player app of NoviSign on the Windows OS. For that, we followed the Windows app installation manual. 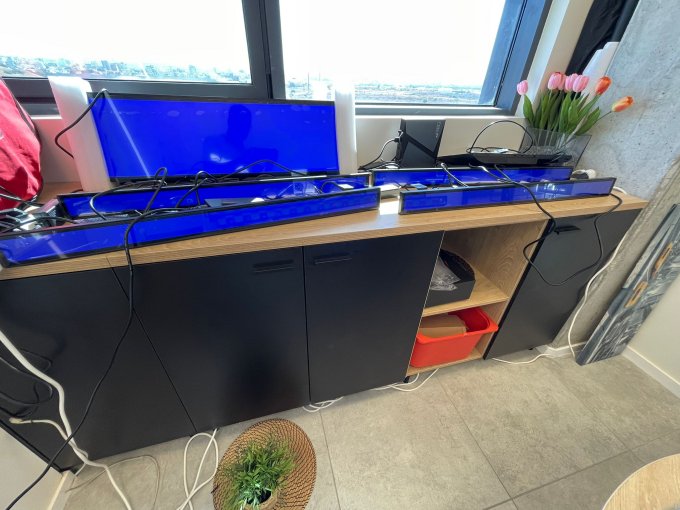 You can perform this step even before installing the app, so you’ll have proper content to display immediately after the Windows player app of NoviSign is installed.
The only question here is in what dimensions should you create your creative to fit the layout of the InStore Screens? The answer is that it should be done in the same proportions of the layout, with resolution not greater than the actual supported resolution.
There might be exceptions where you’ll need to use a 16×9 creative where the content will be taken only from a certain part of the creative as presented in a technical post about a special videowall configuration, under the title “Non conventional displays”, in the block that deals with LED special displays.
Just make sure that the media you use (videos and images) will not have dimensions greater than the maximum supported screen resolution of those displays altogether. 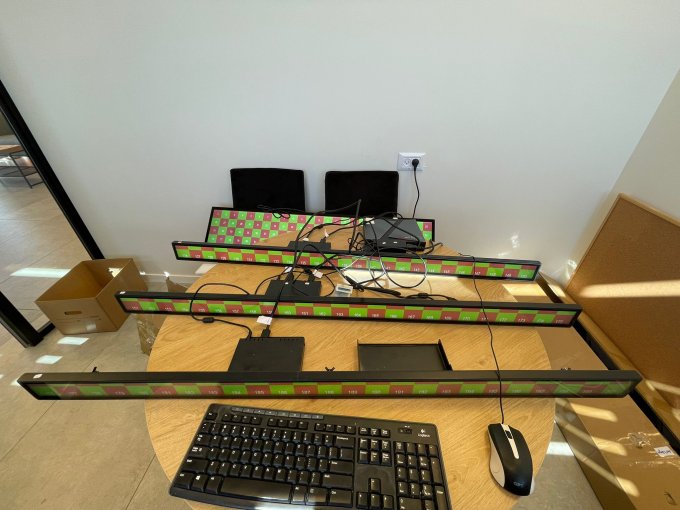 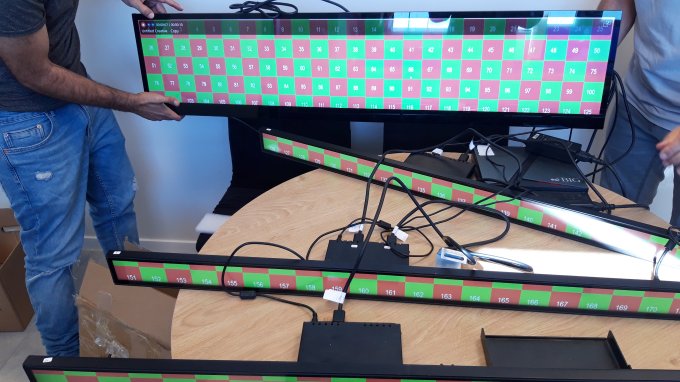 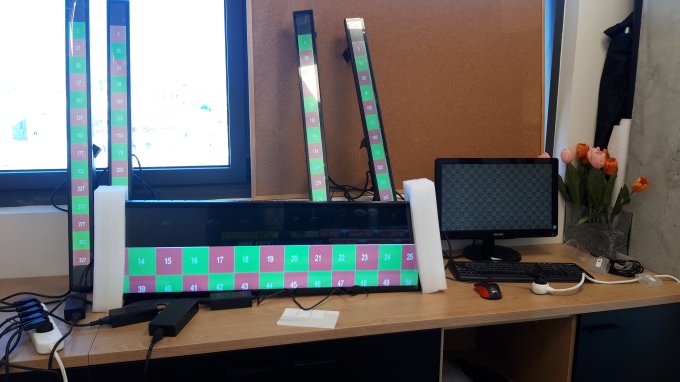 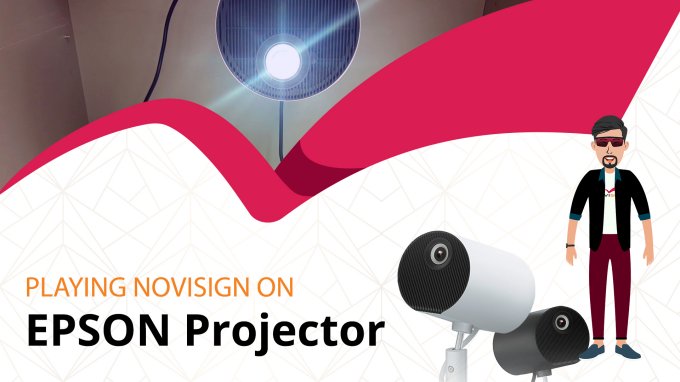